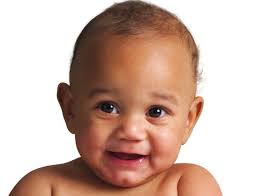 Members of the Reference Committee, for the record my name is John Kitzhaber, former emergency physician and three-term governor of Oregon. I appreciate the opportunity to introduce support of Resolution 401 concerning pregnancy intention screening.

Let me start with a quote from Robert Kennedy made during his 1968 presidential campaign: “Health care and poverty are inseparable issues and no program to improve the nation’s health will be effective unless we understand the conditions of injustice which underlie disease. It is illusory to think that we can cure a sickly child and ignore his need for enough food to eat.”

I first began to understand the truth and wisdom in this statement over 40 years ago when I was an intern. During several rotations in the emergency department of Denver General Hospital, I became aware of a large number of people who were appearing for the treatment of medical problems that were largely the result of social circumstances. We treated their medical issues and then sent them back to the same environment that had contributed to them in the first place.

Over the course of my career as an emergency physician, I began to realize that much of what we treat in our hospitals and our clinics—and much of what we spend on public safety and in our social support system—are symptoms, the aftermath of problems that began first in the family, home, and community. I became increasingly aware that when we look at the life history of the highest utilizers of our health care system—as well as many of those in our prisons or who are trapped in generational poverty—we find a troubling correlation: many of them have been exposed to a similar set of traumatic experiences during their childhood.

As you know, this correlation was described and documented in the now well-known study of Adverse Childhood Experience (ACEs) which demonstrated a strong relationship between the level of traumatic stress in childhood and poor outcomes later in life including behavioral and learning problems, school failure, the adult onset of chronic disease, mental illness and early death—and involvement in the social support system and often in the criminal justice system.

During my terms as governor, I was very involved with trying to shift investments upstream in early childhood as a way to address these adverse childhood experiences and other social determinants of health.  And while those investments are and remain critically important, it is becoming increasingly clear that biologic disadvantages are established even prior to birth; that they are linked to the social experience of prior generations and made worse by adverse environments throughout the life course, but especially during early life.  This reflects one of the most fundamental social equity issues facing us today.

Cutting-edge research in epigenetics at the Oregon Health and Sciences University, and other institutions, has clearly demonstrated that stress during a woman’s pregnancy can alter genetic expression, leading to problems in the emotional, behavioral and physical development of the child. Malnutrition, toxic social stress, low fetal oxygen and environmental chemical toxins lead to depressed fetal growth and elevated chronic disease risk.

If we are to be successful in effectively addressing the socioeconomic and racial inequities and health disparities that continue to plague our society, the sources that lead to these adverse outcomes must be identified as early as possible during the first 1,000 days of life (from conception to age two), when the foundations of optimum health, growth, and neurodevelopment are established.

Since the health system sees almost all children well before they ever reach school age or interact with any other system—with the possible exception of child care—pregnancy intention screening offers the earliest, and potentially the most effective way to identify the risk factors and sources of toxic stress that can impact child development and profoundly undermine the chance for health and success in later life.

I have obtained letters of support for this resolution from: The Oregon Children’s Institute, the OHSU Moore Institute for Nutrition and Wellness, the national Campaign for Grade Level Reading, The Association of Maternal and Child Health Programs, Planned Parenthood Federation of America and Families USA.

I urge the committee to recommend this resolution on pregnancy intention screening for adoption by the American Medical Association House of Delegates.

As an emergency physician John Kitzhaber saw medical problems that started first as social problems in the home. This led to his lifelong commitment to at risk children and families, reflected in his work during three terms as governor: the Oregon Children’s Plan; the transformation of Oregon’s early childhood delivery system; and the creation of the Early Learning Council and local Early Learning Hubs.